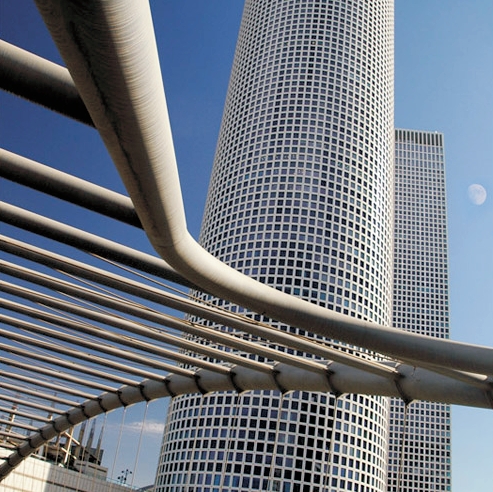 With Building Managements Systems are intended the control Systems for building and infrastructure automation.

Through the years, have been developed several communication technologies, typically on RS-232 and RS-485, with proprietary protocols.

Recently, have been diffused the so-called "open" protocols, which permit the interoperability of product of different Manufacturers, referring to one set of rules, generally adopted by a Enterprises'' Consortium.

Our Firm has decided to investigate about the use of Ethernet technology in this sector, which is still in a fully development phase.

Some interesting areas have been individuated and actually the project of choosing the technology on which to base the future developments and investments, is in R & D phase.